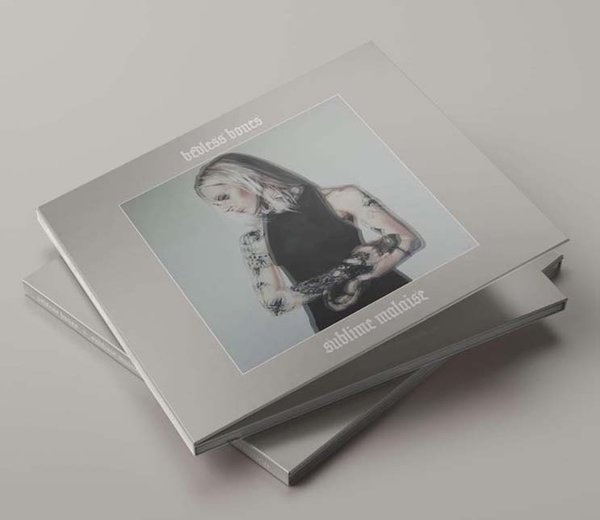 BEDLESS BONES is Kadri Sammel, from Tallinn, Estonia. She began experimenting with electronic music in 2014, after singing in choirs since childhood. The same year she joined experimental industrial / deathbeat band Forgotten Sunrise as a multi-instrumentalist and backing vocalist, where she is still active. After a few self-released singles, her debut album was released in autumn 2019.

„Sublime Malaise“ is an exploration of a shifting state; an envisioned departure from ill-being, finding a ground, juxtaposition of vivid abstract sensations and the mundane dullness of existence; the corporeal ailments and the boundless routes of the mind.

It's a nocturnal journey of darkness and light, where relapse, intimidating encounters and self-irony are ever-lurking. Sonically it carries the spirit of dark wave and cold wave, but also incorporates elements from other genres and contemporary sound design.
All tracks written by Kadri Sammel. Mastered In Dreams by Anders Melts, Tallinn, Estonia, Anno 2019.