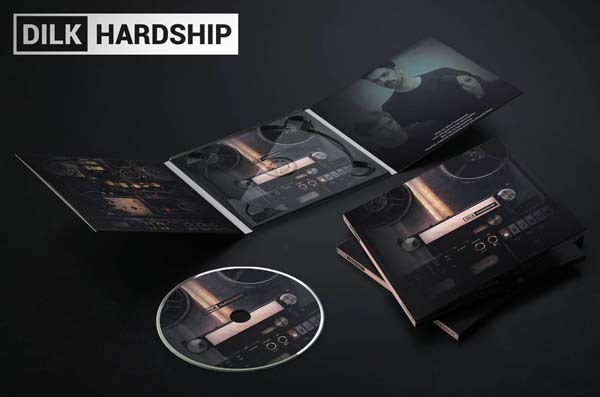 „HARDSHIP“ is the debut album of the Spanish band DILK, who joined the Cold Transmission family in the middle of 2019. Recorded, mixed, and mastered in Brazil Studio (Madrid), the songs are about the constant search for identity, the (un)love and the unreasonable existence. The shortness of life and its imminent end. About the feeling of not fitting in, or not being understood. „HARDSHIP“ collects the deepest and primary duels of the human being, takes your hand and invites you to dance.

DILK’s music blends post-punk, cold-wave and electropop elements into a contemporary homage to the dark, electronic sound of the 1980s.Coming from other bands, Carlos Pedro (singer and guitarist), Esperanza Ruiz (bass player) and Jaime P. Damborenea (main composer and keyboardist) got together in Madrid, Spain, in mid 2018. Their debut EP “DILK” was produced by “Le Cabinet Hermetique” and released in mid 2019. Over the course of the 2019, DILK’s sound turned from dark, atmospheric pop rock into more danceable, minimalistic darkish electropop, while Carlos’ vocals became more dramatic and expressive.
In the short trajectory of DILK, the band has played in several cities through Spain, including a festival in Guadalajara and accompanied The Chameleons on their gig in Madrid.